A Sneak Peek At Next Week

The November 2016 post-election advance in the bellwether S&P 500 remains valid and intact heading into next week. However, a bearish warning signal according to Dow Theory, amid recent weakness and relative underperformance by market bellwether Amazon.com AMZN +0.02%, warn of the broad market’s vulnerability to a corrective decline this month.  Managers/investors are cautioned next week on a sustained decline below 2473 in the S&P 500 (SPX) as this could trigger a quick decline into the 2450 area.

The benchmark S&P 500 (SPX) finished Friday’s session almost precisely where it was  back on July 20th despite a solid monthly gain for wages and solid payroll growth according to the July employment report.  Consumer spending has been drifting lower for the past year, however, which could eventually become a tangible drag on both the economy and the stock market.  Technically, the November 2016 post-election advance still remains intact, but there are a few red flags to be aware of next week that could trigger an overdue corrective decline.

The Trend Is Still Our Friend

Chart 1 below plots the S&P 500 (SPX) daily since February and identifies the key underlying support levels down to the 200-day moving average, a widely-watched major trend proxy that has defined the current uptrend since March 2016. 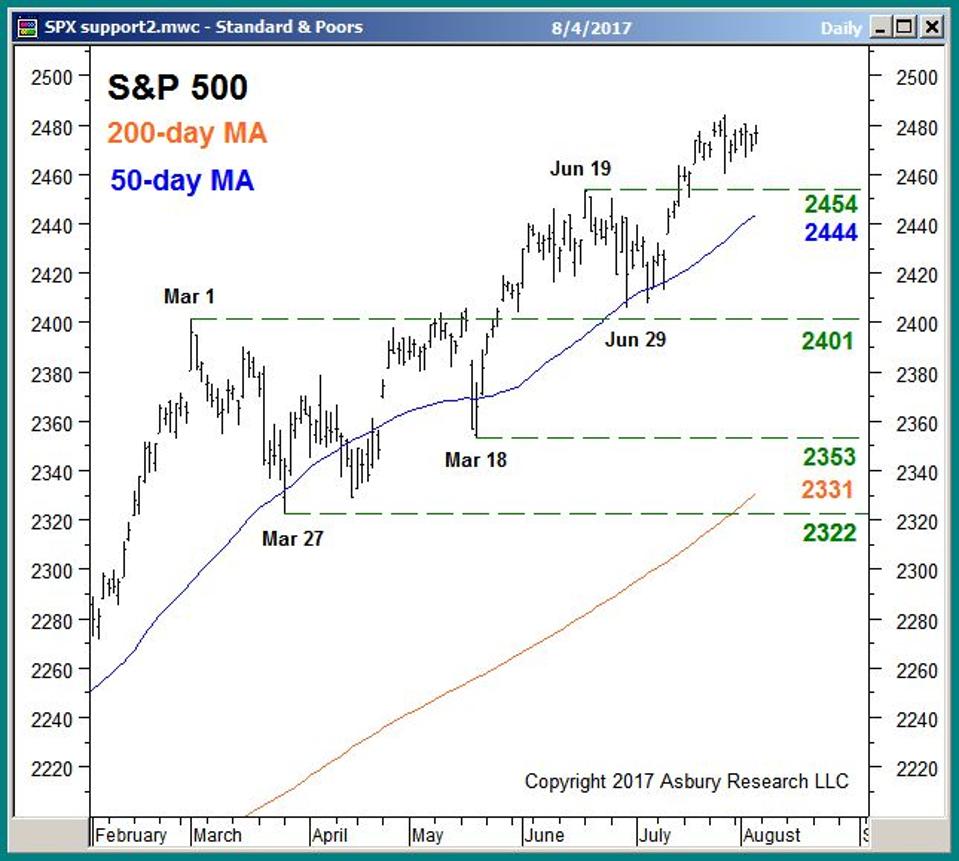 The key support level to watch next week is just 1% below the market at SPX 2454 to 2444 and represents the June 19th high and the 50-day moving average, a minor trend proxy.  It would take a sustained decline below this support area to suggest a corrective decline is beginning, and would clear the way way for a potential test of major support at 2353 to 2322 which represents the May 18th and March 27th benchmark lows and the 200-day MA.

Some Red Flags To Be Aware Of

Chart 2 below shows that both the Dow Jones Industrial Average (DJIA) and Dow Jones Transportation Average (DJTA) set new all-time closing highs on July 14th, after which DJIA went on to set even higher highs while DJTA has sharply declined. 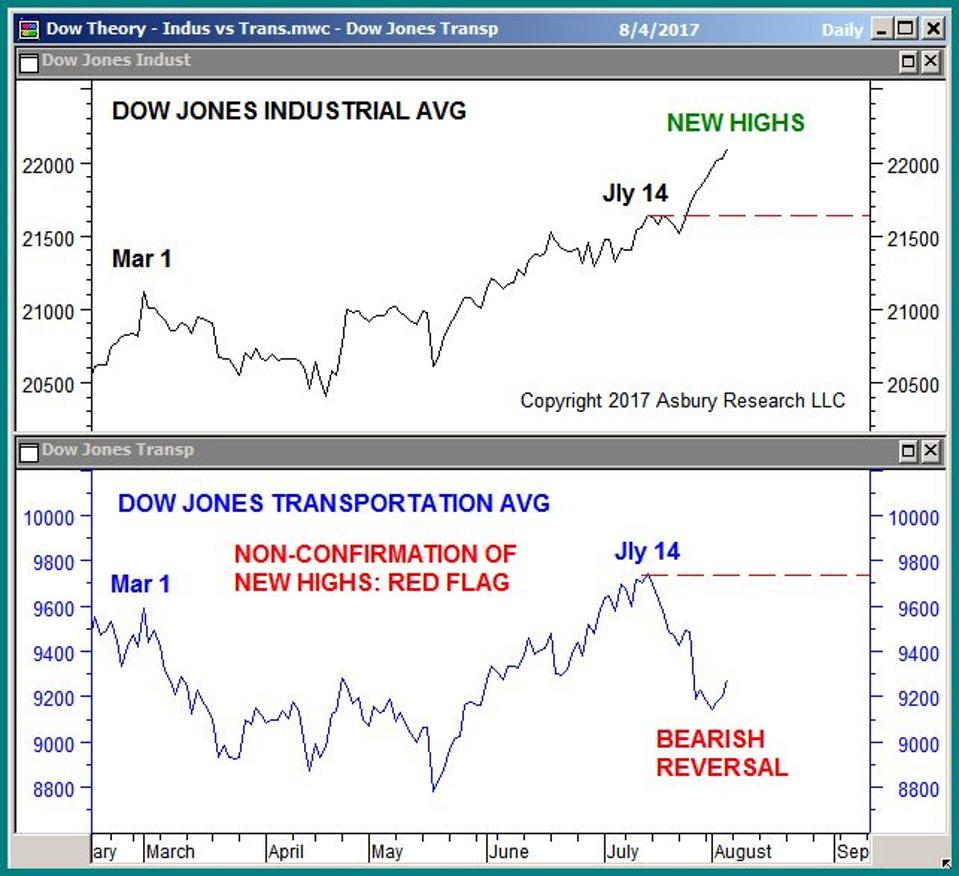 This non-confirmation of new closing highs is a bearish warning signal according to Dow Theory, and suggests that a more significant stock market peak may be emerging.

Click the linked title above to view the entire article on Forbes.com