Global Seasonal Analysis is a monthly report that displays and analyzes annual, quarterly and monthly seasonal trends for 17 global asset prices including equities, benchmark interest rates, foreign exchange, and key commodity prices based on historical data going back to the 1950s.

The following is an excerpt from this month’s report.

The green bar on the chart at upper right on the previous page highlights February as being, by far, the seasonally weakest month of the year for the US Dollar versus the euro (formerly German Mark) based on data since 1947.  Like USCHF, February represents a sharp one-month seasonal decline from a strong January that leads into a March rebound. 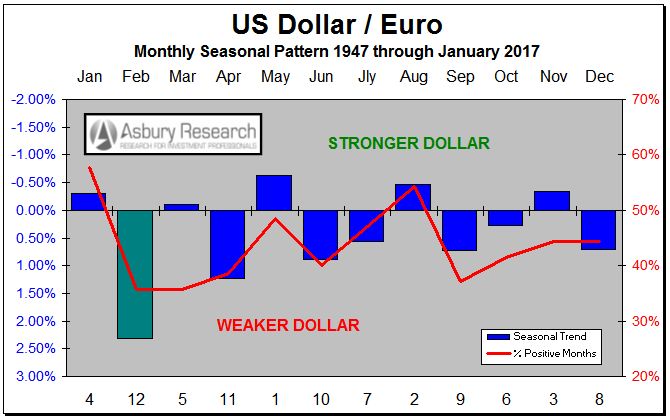