The Highs and Lows of 2016 Through a Technician’s Eye

By Ben Eisen and Tom Destefano

The benchmark index fell more than 10% in the first month-and-a-half before recovering, putting it on track to finish higher by nearly as much. It was the biggest annual swing from losses to gains since the financial crisis.

A peek under the hood shows how a broad grouping of stocks drove the market lower, resulting in a forceful selloff. To see that, many technical analysts look at the number of New York Stock Exchange-traded securities that are making 52-week highs versus the number making 52-week lows — a traditional measure of so-called breadth in the market. 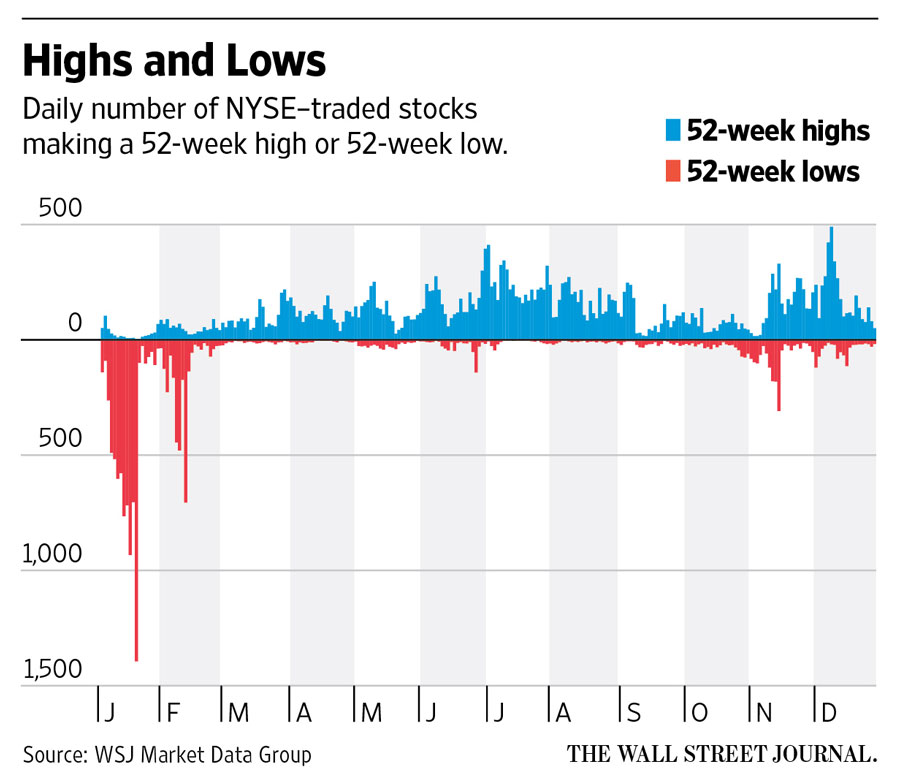 This year, the forceful selling in early January showed in the large number of stocks hitting 52-week lows. After the panic peaked in mid-February, the number of securities hitting 52-week highs began to trend slowly higher. It gathered steam over the summer as major indexes began hitting record highs again.

The number of stocks hitting 52-week peaks would reach its highest of the year in mid-December, but it’s been falling again in the waning days of 2016. It’s a sign stock market strength could be falling going into the new year.

“It’s kind of like a car that’s been running on all eight cylinders, and now you have a problem with one and now you are running on seven,” said John Kosar, chief market strategist at Asbury Research. “You don’t have the same amount of broad market strength driving prices higher.”

Click the linked title above to view the entire article.

More detailed charts and analysis of the topics discussed by John Kosar in this article can be found in our premium reports.  Log into the Research Center to view them.